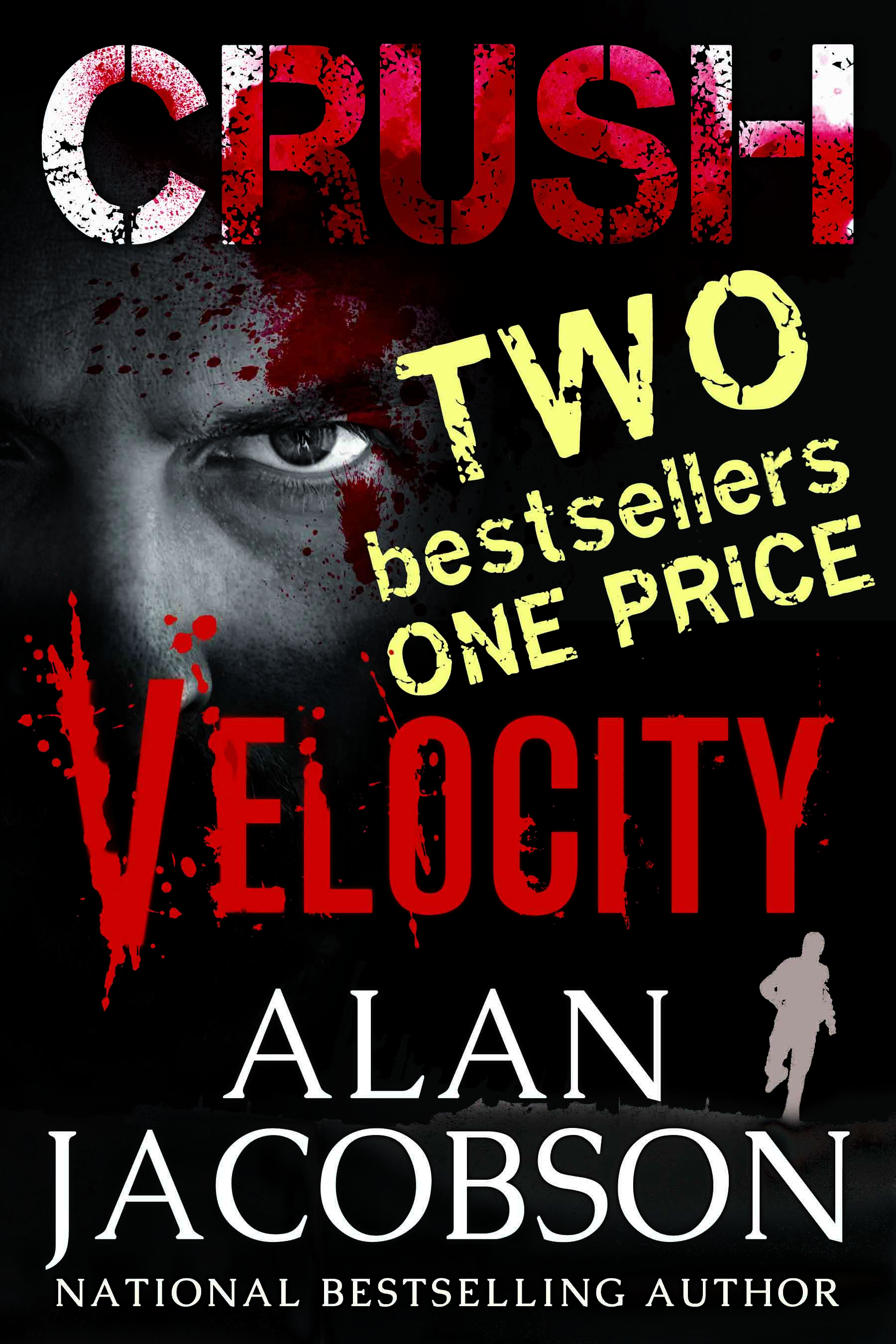 In FBI profiler Karen Vail’s second adventure after the standout bestseller The 7th Victim, Vail finds herself in the Napa Valley, where a serial killer has been crushing his victims’ windpipes and leaving their bodies in caves and vineyards. But when the Crush Killer learns that an FBI profiler has joined the Major Crimes Task Force, the newfound attention emboldens him, and he engages Vail in a deadly game of cat and mouse. Although a sudden break in the case helps her zero in on the identity of the killer, she senses that something isn’t right. Will she figure it out before it’s too late? In a rousing climax that has left readers breathless (and that Publishers Weekly termed “a shockeroo” ending), Vail must pick up the pieces—and the carnage left behind by the Crush Killer.

Velocity begins the moment Crush ends, with Vail having lost something dear to her and possessing a single-minded fixation on finding who was responsible—and making them pay. As the task force, reeling from their loss, attempts to regroup, Vail discovers that they had made vital mistakes on the Crush Killer case—errors that have had dire consequences. After being ordered to return to Washington, Vail enlists the services of a covert “black” government operative, Hector DeSantos, to assist her in tracking down those behind the evil she and her task force have been grappling with.

But what Vail and DeSantos learn places her in the crosshairs of criminals more dangerous than any she has ever faced. And along the way, startling revelations emerge that will forever change Karen Vail—as well as those close to her.

Researched meticulously with over three dozen experts in multiple disciplines and with government access that required clearance from a congressional subcommittee, Crush and Velocity take you behind closed doors into a world most people do not know exists.

Both Crush and Velocity were optioned by Hollywood, and Velocity was named one of the “Top 5 Best Books of the Year” by Library Journal.