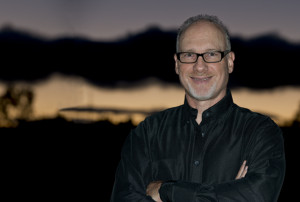 I’m often fascinated by how and why things happen—and how chance meetings and random occurrences, years later, can have an enormous impact on one’s life. There are many such examples to choose from, but I’ll share two with you because of the impact they had on my writing career.

Years ago, when I was attending junior high school in New York, I was part of a “forced integration” experiment in which teens from one ethnicity were bused into schools in predominantly other ethnic neighborhoods. It was a volatile situation. Police cars were often parked out front. There were riots, hallway incidents, threats, and beatings. Violence was, it seemed, a daily occurrence.

Many of those who were bused in were stuck with needles in the hallway, ganged up on and beaten in the stairwells, pick-pocketed…I was even held hostage with a friend in the school’s basement book room. So my junior high experience was not filled with youthful exuberance. While it unquestionably taught me valuable life lessons, among the most important were those I learned from one of my teachers. I was in an accelerated academic program, in which I skipped 8th grade—half the 8th grade curriculum was folded into 7th grade and the other half into 9th grade. As a result, I had Louis Brill, my English teacher, the entire time I was in junior high. It was a transformative experience—he was a great teacher who opened my eyes to English and made it (including grammar) fun. I still remember some of his lessons, all these years later. Looking back, had I not been bused to that school, I never would have had Mr. Brill as my teacher. The busing experiment failed miserably. But without it, it’s possible I never would’ve discovered my love for English.

As in everything in life, those years were an important learning experience in another way. I remember going through a group counseling session after entering high school (a couple of blocks from the junior high) wherein we were encouraged to talk about our turbulent busing experience. I stood up and said that my best friend in elementary school was black and although I never thought about the color of someone’s skin, that changed in junior high. But I came to realize that it wasn’t an entire group of people who were doing those things to us but select individuals. In retrospect, I’m proud of myself for having come to that conclusion as a young teen.

I had a number of jobs in my youth, all of which would later affect me as a writer. I worked part-time in my dad’s small business in New York City—during which I was exposed to many good and bad “characters” who populated the big city. I tutored English Second Language students (at Queens College and Queensborough Community College) and worked as a busboy and delivery person for Woodro Deli on Long Island to cobble together money for chiropractic school. (Fun factoid: I make a cameo in Spectrum as Al, a waiter at Woodro’s.)

Fast forward fifteen or so years later: I was practicing chiropractic when an injury forced my hand (no pun intended) and I had to retire and sell my practice. But during the transition period to the new owner, I took a phone call from someone requesting a reference on a part-time employee, who was studying to be a criminalist. The person calling was head of the Department of Justice’s Criminalists Institute. After giving him information on my employee, I asked him about a character in a novel I’d just started writing. To make a long story short (that’s a good thing because I write novels for a living), he was enormously helpful in providing information. I asked if I could tour the crime lab—which met with an emphatic “No”—but he did arrange for me to audit one of their classes on blood spatter pattern analysis.

It was there that I met an FBI agent who not only answered a lot of questions about the Bureau, but with whom I remained in touch over the next several months when he was promoted to the Behavioral Analysis (profiling) Unit in Quantico. We continued having hours upon hours of conversations about serial offenders, profiling, and Bureau procedure. He invited me out to tour the Academy and profiling unit—he didn’t have to ask twice—a visit that would serve as the first of many trips, FBI seminars and the like that provided valuable insights that helped me immeasurably in my writing career.

My debut novel, False Accusations, was a product of what I’d learned in that blood spatter class. It was a national bestseller and was ultimately published in several foreign countries. My follow-up novel, The Hunted, likewise a bestseller and published in several foreign countries, met with rave reviews from critics, booksellers, and readers. It introduced the characters of FBI Director Douglas Knox and covert government operative Hector DeSantos, who would return in a future novel (more on that later).

Next in line was The 7th Victim, which introduced the character of FBI Profiler Karen Vail. The 7th Victim was the culmination of (at that time) seven years of research work with the FBI’s Behavioral Analysis Unit. There are a lot of stories associated with these years, but one transformative (and little known) fact is that when I wrote The 7th Victim, I thought Karen Vail would be a one-book character. But my publisher sat me down and told me that they’d gotten strong pre-release response to her from reviewers and the bookstores, who were requesting that I make her a series. My most important consideration was keeping Vail and her stories fresh and different, while retaining the things that made her special.

And Crush was born. I’d always wanted to write a novel set in the Napa Valley, but none of my story ideas stuck with me—until I put Vail in the wine country, and then it came alive. I immersed myself in the culture and nuances of the Napa Valley and discovered behind-the-scenes information that ended up proving crucial to my story. Vail finds herself out of sorts—in an area she doesn’t know, dealing with a culture she doesn’t understand…while chasing a serial killer the likes of which the profiling unit has never encountered. But unknown to most of my readers—which goes to the “chance meetings” theme—is that while I was researching Crush, I got a call from a long-time friend who’s the CEO of a local company. His friend was writing a book and he wanted to know if I could help him navigate the publishing industry. His friend? The CEO of Opus One, a maker of premium Napa Valley wines. We discussed his book over lunch—and then took a private tour of Opus One. It was during that tour that he mentioned a little-known “thing” that some wineries do; it pricked my thriller ears—and turned my entire story on end. When I got back to my office, I rewrote my outline and ended up with a massive story—in essence, two separate novels that are linked by circumstances and subject matter: Crush and its follow-up, Velocity, the third in the Karen Vail series.

Velocity picks up where Crush left off, and shows us a side of Vail we’ve never before seen (heck, it’s a side she’s never seen herself), facing off against extremely dangerous foes whose deadly game goes well beyond serial killers. Covert operative Hector DeSantos (from The Hunted) teams up with Vail—and reader and reviewer response was off the charts. It was named one of the Top 5 Best Books of the Year for Library Journal, and it made several other Top 10 “Best of the Year” lists.

Although I’d planned to give Vail a one book rest after Velocity, a new idea came to me: it was as simple as “Karen Vail on Alcatraz.” As the days passed, the storyline took shape—and I got so excited about it that I had to write it. Inmate 1577, the fourth Vail novel, brings Vail back to the place of her worst nightmares (from Crush and Velocity): the west coast. Chasing a serial killer of elderly women in and around San Francisco, the key appears to be a mysterious island ripped from city lore with secrets that go back five decades: The Rock. Alcatraz. Many people feel that Inmate 1577 is my finest novel, though after the release of Hard Target (a terrorism OPSIG Team Black thriller that pairs Hector DeSantos with a new character, Aaron “Uzi” Uziel, with help from Vail), there were rumblings that Hard Target may be my best.

That is, until No Way Out was released. That “best novel” honor is now being bestowed on the fifth Karen Vail adventure. Set in London, it not only puts Vail into a setting that’s unfamiliar to her, but it tasks her with an impossible task: save the UK and the US from an attack that could kill tens of thousands. No Way Out is a high-octane ride with international intrigue that puts Vail, DeSantos, and Uzi on a collision course with seemingly no return–and certainly no way out.

The “Jacobson’s best novel” continued with Spectrum, my ninth book and the sixth in the Karen Vail series. (I’ve concluded that my “best” is merely the latest “Jacobson novel” the reviewer has read because she/he gets caught up in the sheer enjoyment of the experience!) My readers have pointed out that Spectrum is an excellent entry point into the Vail series because it goes back in time to Vail’s first day on the job as an NYPD beat cop and moves forward through time to the present as she tracks a serial killer who’s terrorized Manhattan for decades. It’s been called “epic,” “shocking,” “ambitious,” “exceptional”–and, yes, “Jacobson’s best ever.”

Hollywood’s come knocking and several of my novels have been optioned. We’ve come excruciatingly close to going into production. But my main focus has always been my books, because that’s where everything begins for me: engaging characters and strong stories that pull you in and hold your attention.

And that brings me back to that phone call I happened to take in 1994. I asked if I could visit the crime lab, and it led to a chance meeting and a random occurrence. And that has made all the difference.